ALL I SEE IS STRANGE CLOUDS 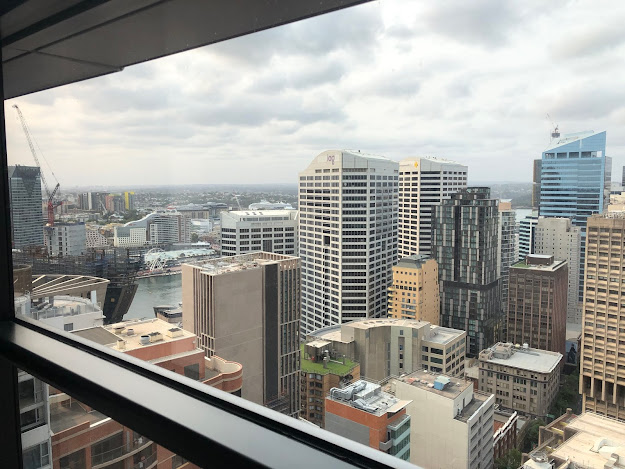 Soreeee, this trip is more of a home finding excursion...need..well Australia in general. Keeping that in mind, I avoided many of the typical touristy things here so I could save them for my everyday putzing around....also the city was inundated with smoke from the brush fires that have plagued Australia, which kept me indoors for many days..I took A LOT of baths lol:


Anywhommm. I'm not one to pass up something that speaks to me; IF you hadn't figured it out by now I've got an inner Japanese girl soul and I love spooky shit. I'm strolling around Hyde Park near my hotel when I saw this.. 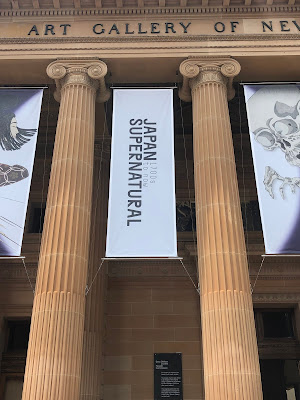 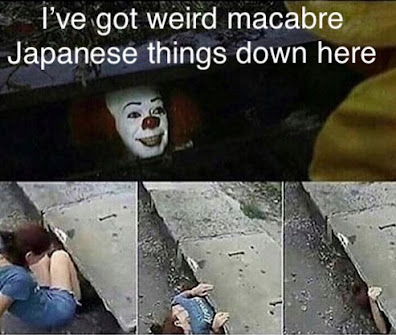 I left the Art Gallery of New South Wales with a new perspective on Japanese artwork - the mediums are as incredible as the processes they use to create the works. You are seeing a VERY small glimpse into what this exhibition has to offer, but to sum it up: Children are always the victims and scaring the absolute shit out of them seems to be the goal. Seriously, if its not a demon disguised as princess luring children to their death, or a witch chopping off her body parts for the hilarity of it; its not Japanese horror art. Entirely worth wandering into this if this exhibit hits your city, do yourself the pleasure and immerse yourself!

Since I'm now just a few hundred meters from the Royal Botanic Gardens, I decide to pop in for a little walk around. I can see myself spending weekends here recovering from debauchery.


These parks are pretty and then some! Great way to end the day and down the way from the Royal Garden is the Opera house. Prolly heard of it. This thing:

The next day is hella smokey, forcing me to spend the majority of my time inside - the news claims smoke is bad for your lungs *sets down bong*. Got really well acquainted with the amenities at my hotel Fraser Suites. Pegged as a 5 star hotel, the staff was nice, food is tasty, and the gym was pretty excellent. The suites are fantastic, even so, the coolest part was the swimming pool. The pool had two massive windows in the bottom of it that looked over an alley below the hotel thats packed full of shops and people; those windows were a great place to be cheeky (check IG for more on that)
Many of the passing days were much the same, too smokey to go outside. While this was a bummer, it wasn't horrible since I would be returning, and gave me some gym time. When the smoke finally cleared, I had some pent up energy and one outlet in mind - Imperial Hotel. 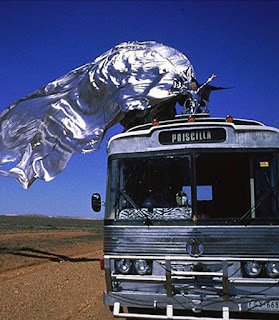 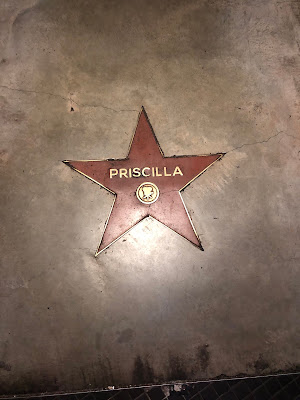 Imperial Hotel's Front Bar is the starting & ending scene for Priscilla Queen of the Desert! She is not a looker of a building, none the less it has a longstanding history in the LGBT community as a safe heaven. To this day they rightly embrace the connection to the film. Its still a Drag n' Diner bar with significance to the cities LGBT history that goes well beyond the movie. To say I was excited as fuck to be here would be an understatement. 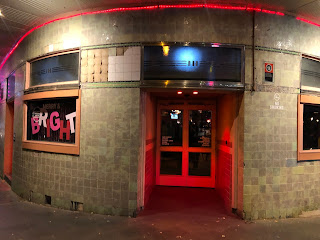 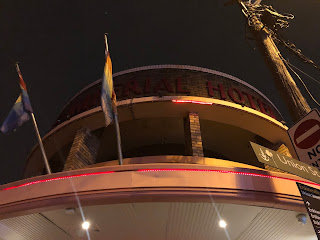 glorious.ish
The people were awesome, the queens were amazing, and learning about the actual history of the place really made you feel appreciative of the struggles that the LGBT community has overcome.
(I'm not crying, you're crying).

Imperial is not the only sample I had of the gay bar scene in Sydney. No trip would be complete without scoping out the only bit of traditional "LA gay" ...Poof Doof!


Gay bars with pizzazz aren't anything new if you're familiar with California, New York, or really any other typical gay metropolitan mecca -  here - people have the Poof Doof. This club has a location in Melbourne too, and are quite simply great clubs to have a good ass time in. I've made note before of how off (less groomed?) the gay scenes in Melbourne and Auckland are compared to what I am used to in SoCal, and this was a return to expectations. Tightshirtsonmuscles, plucked brows, snatched wigs, martinis, and enough molly trippin bitches to film a feel-good zombie film: Night Out Of The Living Dead. Seriously, the hands come out and you're the meat (ʘᗩʘ’)


The actual best part of their bar is that when you buy your VIP ticket or whatever, the entire first hour of drinking is FREE!!!! BACK THE DAFUQ UP....FREE. GET YO LIFE. FREE!!!! SHIT WE GETTING RATCHETASFUCK FREEEEEEEEEEEE!
Coming from America, these little exact pours they have do not work for me, even drinking on a generous budget. Needless to say, when you can get around that by drinking free, throw caution to the wind. They open at 10, drinks are free till 11, and they are actually good drinks too!

Poof was not a horrible time. For the sake of protection from unwanted massages of your asshole I recommend going to these things with a friend vs solo, other than that I'm looking forward to going back. It felt like old SoCal home away from home.

The last days of my excursion were a reminder of just how much I love this region of the world. While in New Zealand I was able to stand with protesters in demand of climate change, on my 2nd trip to Melbourne I ran into another huge demonstration for climate change in Carlton Gardens, and here on my final two days I watched an absolute unit of people marching for climate change reform. In America, you don't see unified action like this going on with my generation the way I have seen on each of my trips here. Whether they are accomplishing the intended goal or not, its impressive and inspiring to see and be apart of a movement that has so much passion behind it.
Oh, by the way. Christmas here is kind of odd. Parts of the city are into it, others aren't. 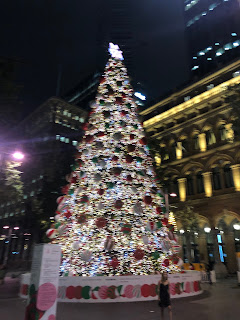 I've ended up with Gold Coast. Yo girl is goin back to university for another masters degree. it is a tourist spot like where I am coming from in Hawaii.... we shall see about that. #BoganWonderlandDreams  #Bond,JamesBond.
Posted by TryonTheWorld