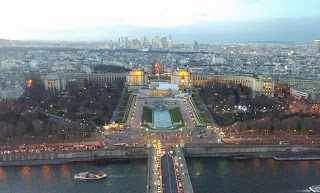 
Paris, you have the most ornate everything. The buildings, the cars, and shopping, everything is done to the highest extent and then some. Palaces lined the streets. People were rude. And everything looked like it had taken hundreds of years to create….duh. We met up with the guys and saw Tower Eifel, the Lourve, several palaces, the pantheon, and Notre Dame.
The whole experience was top notch, and the Park Hyatt Vendome we stayed at was slick!! They had the 2nd highest rated restaurant in all of pairs, we didn’t eat there, but had drinks instead. My wooden shoes went over well with the locals, and this Dutch boy carried on Holland swag all night. All the guys really loved this place, the food was so good. SO. GOOD. I got my haircut here, I learned a lot about how to use the metro, and while we never figured out if the tip was actually included in the bills it all worked out very well. 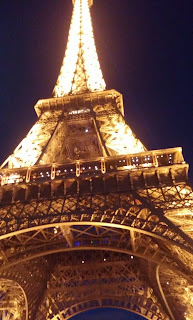 One of our nights we met up with Chris’ friend Paul, a lovely man who showed us a great restaurant called, oddly, Le Petit Prince, and the steak there was much better than STK. After dinner he took us to a gay bar, which began as a mediocre experience and ended as the best night of my life! Brian, Paul, and Jason turned in for the night at the first bar, while Chris, Bryan, and I turnt up! We found another bar with a different vibe, had some drinks, carried on. 2 more bars later, we meet Mike, Gaetan, and Michelle, 3 friends from the UK and Philippians. Mind you its not safe to follow others, it’s a very taken kind of situation, however, they did not exceed 4’ 6” in height between the 3 of them and we felt confident allowing them to show us a cool bar lol WOW. A 10 min walk and a trip underground had us at the door of a packed gay night club called Gibbus, the club that I would lose all my ambitions in….and my shirt. Thanks Chris. 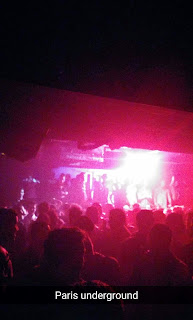 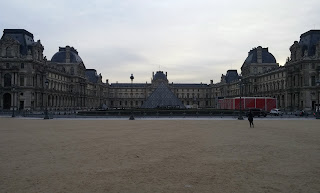 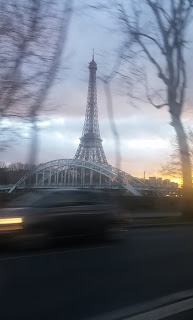 I danced on lighted platforms above the crowd like a fool! Giving them my best inner Scottie, and a few “stripper esqu” moves they hadn’t seen before. This bar closed at 7am and we lasted for most of it, right up until I was licking people and not standing well LOL . what a blast!!!! We all loved this place, it really ended up being the coolest euro club experience I could hope for! The next day, after sleeping for nearly half of it, Bryan headed back to the US, and Chris and I went out for our last day of exploring, where he showed me Le Galleries Layfayette, significant not for its very high end shopping, but the designer who built it also did tower eifle!! That store was gorgeous. I didn’t know most of the brands and the cheapest thing, a wallet, was about 200$! Oye vey!!! Chris twisted my arm on a few things here and there, and I left Paris with something very special, and the final piece of the puzzle in making me a mini. Jr. LOL


Ill never stop smiling looking at my new Breitling this trip was absolutely amazing, I couldn’t have asked for better friends and travel companions. We have more to go this summer with Southern UK and Croatia, maybe a stop in Dubai for some new suits! I have this strange travel itch now, someone told me it would happen. And while I did say “I could live here” in almost every city we came to, I certainly see more Europe in my cards in the future!!!