A port city of Spain, Cartagena was the shortest stop for the boat but the most fun for me. I leapt at the chance to do a booze and tapas tour, which began at 8:00 am...EIGHT.....A....M....and ended at noon.... LOL. My reputation  as the boozy bish was not lost, and by the time we hit the old red light district, I was ready to rekindle history. 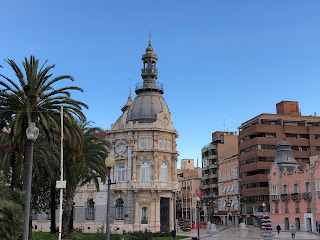 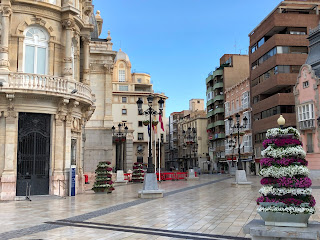 On this tour I learned in wartime there was such a role as “commander of the prostitutes”, which is intriguing... and sad that this is no longer an achievable title in today’s society...or is it? Remains to be seen but will put  out applications when necessary 🤣 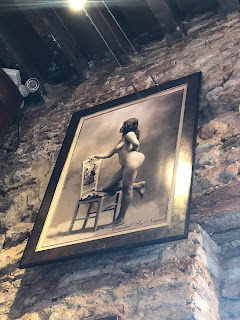 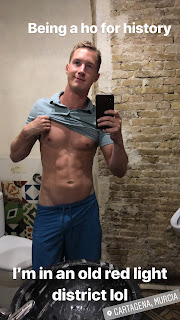 On the left: The Commander
On the right: Some stupid ho


The city itself is charming, and broke some of the norms for city building at the time. It had a heavy Roman influence, yet for some reason they decided to layout their city in ways the Greeks would have. I mention this because it led historians on a wild goose chase to find the cities coliseum, which took so long to discover (by accident) that the coliseum has only been uncovered as of the 1980s which is just in time for me to get on stage to do my best Lizzie McGuire. 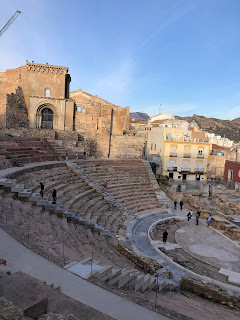 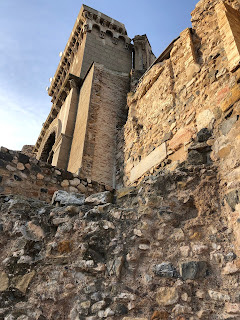 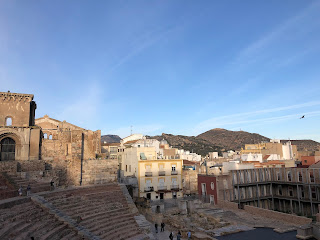 That wrapped up the site seeing portion of the tour....it is now 8:30 and its time to get boozy. I. LOVED. stumbling around tapas bars for more wine and....culture?....wine. LOL 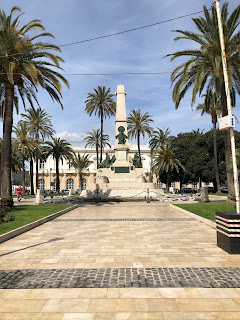 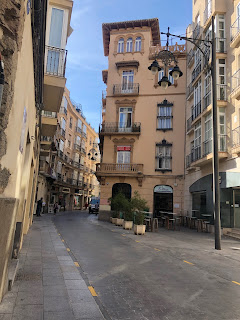 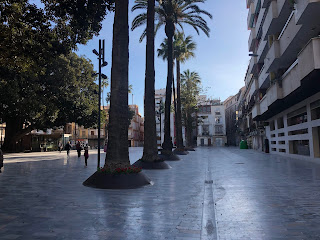 I must take time to discuss the cats I came across here....duh. First, they were being tended to by what looked like a character the Simpsons used to depict a lonely disheveled woman with a serious smoking addiction...she was literally in a bathrobe with curlers in her half-done hair, smoking a cigarette yelling at the following cats:

The exchange was interesting. She would pour buckets of dirty water in a drain in the street, yell at the cats, and then make kissy noises to them. I'm not 100 on what heavy drug use looks like, but this seemed representative enough.

I genuinely enjoyed everything about this city. Despite the cats being the nastiest I have come across, the wine and cocktails were awesome. It was the perfect blend of culture, architecture, and good times. The cool ex-brothel style bar was called La Uva Jumillana in the old red light district- there was one other name but it hasn’t survived my inebriated state...I legit napped from 1 to 6 that night.