Behold, the famous straights™️ of Gibraltar.... 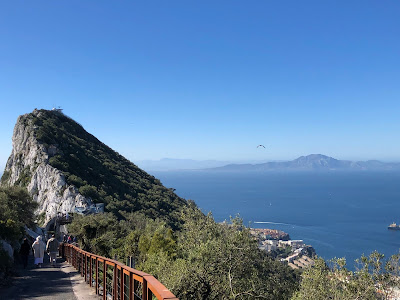 Gibraltar is a very unique city in terms of is geographical location. It’s a British territory nestled on the tip of Spain, directly across from Morocco; in convergence of the Mediterranean Sea and Atlantic Ocean.  Of course, it is a very well known port for boats coming through the international waters. I was fuckin pumped to get my Gibraltar on.

Gibraltar has significant history rooted in war too! Monuments and tunnels carved out through its hilltops, along with an absolutely massive fortifying wall running through the city are tell tale signs of its war significance.  I was infatuated with the construction efforts of the war infrastructure, which now make for excellent tourist attractions.  The easiest way to immerse yourself is to take a cable car up the Rock of Gibraltar and work your way down through tunnels, caves, and roadways until you're back in the city. 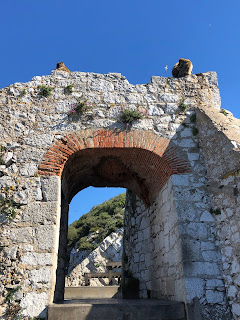 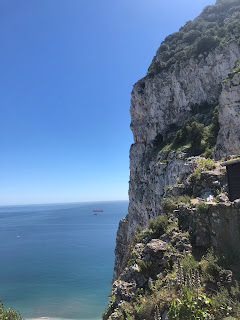 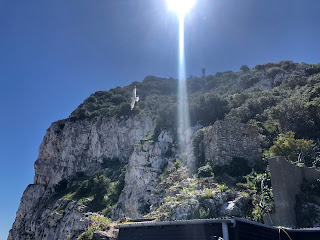 Heights are my biggest fear.... second to spiders. None the less, that tiny cable car/gondola thing is the best way up the mountainside to the top. The view is spectacular and awards you the best view of the coastline. Once at the top, you'll have the opportunity to experience Gibraltar’s other main attraction, the macaques! The little f*ckers are adorable and will steal whatever they’d like from you. You’re tricked by their innocent little faces to believe they are sweet loving animals, when really they are scoping you out as a target and planning ways to play yo ass for what they want #sames.  Seriously, they’re smart as hell. You're warned to turn your backpacks and purse to your front, otherwise they'll jump on your back and steal from your bag....that was AWESOME to see.  You can spend all day sitting back and watching unsuspecting tourists have their food and items nabbed. 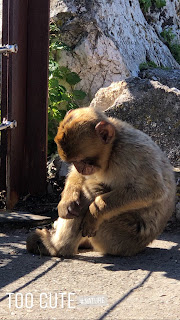 At the top of upper Gibraltar lies more tourist gems. There are the caves of St Michael and The Great Siege tunnels, both of which allow you to  enjoy the weird tunnels and caverns. ! I haven’t been spelunking in a little while, and was quite pleased with how easily accessed the caves are with paths, steps. and no drops.  The siege tunnels are wartime realness, featuring cannons and memorials all around. They’re pretty neat to run through, provided you’re mindful of other tourists and ignored the obvious dangers LOL  hours were spent wandering around the mountain  listenin to Billie Eilish..bein a bad guy...duh. 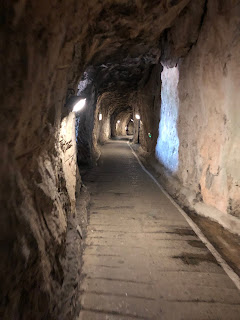 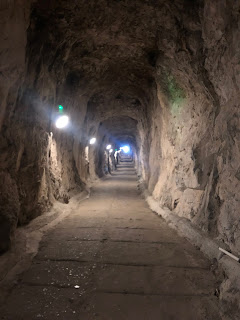 In my humble opinon St. Michael's Cave is legit the coolest way to use a cave in modern times. When not being toured by basic people like me, they hold orchestral and military band concerts here. The acoustics are fantastic, and the "venue" can hold up to 600 people. Its a logistical nightmare getting people up the mountain to the caves, but was told it is well worth it. About 4 times a year, you can enjoy a concert here, something I look forward to coming back and experiencing first hand....I love a good orchestra.  The cave itself is massive, lots of winding passage ways, and even an underground lake, which will eventually be open for tours once they get it all sorted out. 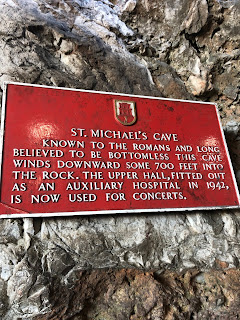 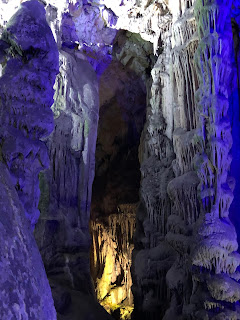 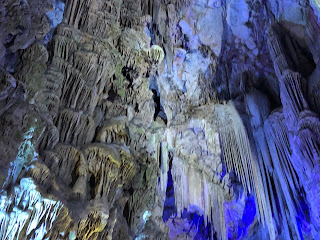 Downtown Gibraltar is neat. An interesting mix of buildings, none of which were particularly beautiful or noteworthy. My favorite part was finding that education here is completely funded all the way through college, must be nice!  Every kind of religion is represented and they all live in perfect harmony of each other in this super compact space. Definitely dig the Gibraltar vibe.

There is a Moorish castle to be seen in the hilltops as well! I recommend seeing this one on the trip down the mountain, as its easier to start at the top of the Rock of Gibralter and work your way down, vs climb up, and up, and up, and up, and up. After a long day of facing heights, tunnels, caves and macaques, I was happy to be boarding the ship for some gym time and a big meal. Until next time Gibraltar.