Portofino, Italy is the kind of place you would expect to run into a James Bond villain. You have stunning villas in the hills with tiny roads begging for a car chase, and a small port town no larger than you'd need to have an epic combat scene.....


The big creepy yacht came in a little bit after I arrived, which completely sold the 007 vibe. The vibe got stronger as the day went on...I was off to Hotel Splendido for olive oil tasting....because wine tasting is for the peasants. This hotel also looks like it belongs on set...look at this beautiful bish...(i had to pull this pic from TripAdvisor because literally you need an ariel view to see this and no chopper for me today)
Walking up to this monstrous hotel on this cliff overlooking the med was givin me feels.  You had all the nice cars you could imagine at the valet, and somewhere in those walls was an exchange of codes to nuclear weapons in return of some hot cougar. I was here for an olive oil tasting, so I had no patience for espionage.

Now,  I had not done an olive tasting before; forgive my uncouth pallet. IT WAS ALL FUCKING AMAZINGGGGGGGGG. The host presented us with 3 types of olive oils to try....and of course there has to be a process to this.

Step 1: pour olive oil into what looks like a ramen spoon.

Step 2: cup the spoon with your hands to add heat

These olive oils were next level delicious. It really grinds in the fact that in the US we have absolute garbage with no taste and limited opportunity to know otherwise. My entire salad eating life had been turned up side down....was this the nefarious scheme? Make my taste buds crave Italian olvie oils, deny me of them, snap mentally when i don't get my fix and kill that Euarasian dude? ...I see.   Too bad I am one step ahead of them. (checks Amazon) 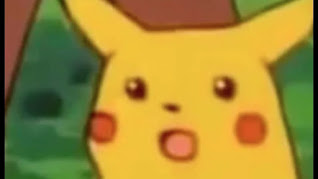 Okay...I just decided to get through the tasting....spit most of it out....and enjoy the setting...they can't know I'm onto them.

I peaced out from the hotel and made my way to the only other logical place you would go in these Bond situations.....a castle, duh. The walk was freaking incredible. I wandered all kinds of paths up and down, taking in the scenes jamming to Queen B. 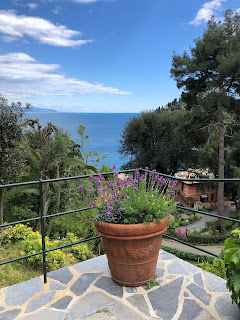 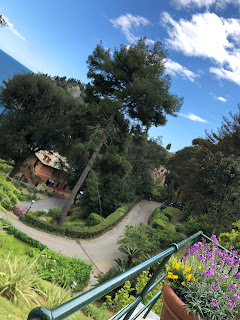 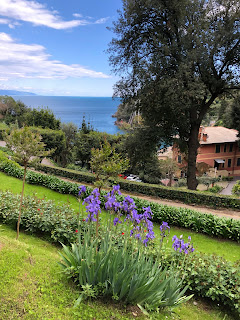 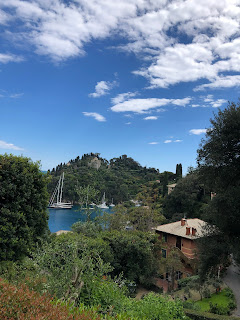 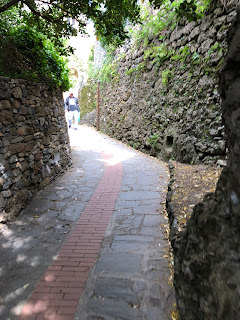 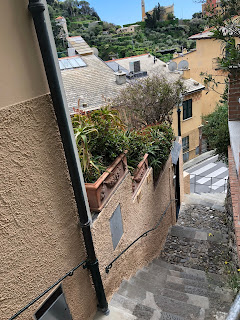 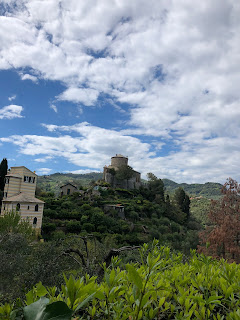 The castle was not what was expected, (typical dead end in the plot) , I rechecked my map and set a new course for the next logical spot... 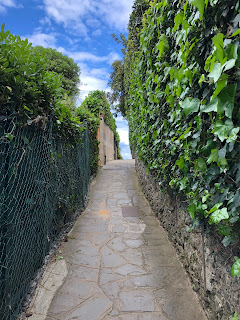 I putzed around and saw all this beautiful shit until getting to the tip of a peninsula that holds a lighthouse. Now,  it just happened to be on the map near the little castle and decided to check it out since it wasn't much out of the way (Bond hunch). OH!!!! Surprise fucking surprise...this lighthouse IS A COCKTAIL BAR!!!! You are walking towards what loooks like a kind of ghetto lighthouse,  then you come down a winding path around to the front side that faces the water...bam! Bar! In no conceivable realm of reality would I have expected a bar at the base of a lighthouse in  the middle of nowhere....ah thats right...Bond film. A location like this is prime for meeting with my nemesis before thwarting their plot. 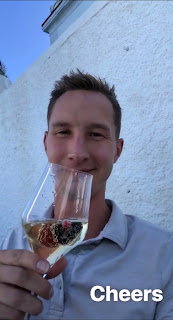 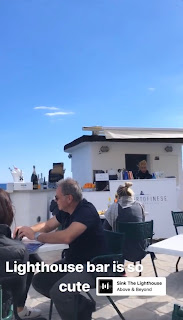 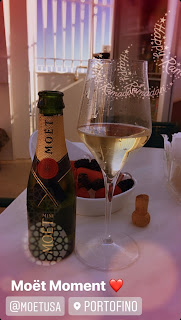 As it turns out, I did infact meet my nemesis....the most evil of conversational hangups...the disaster that is the US Imperial System vs Metric System. Allow me to set the scene. Sunny, breezy, I am two Espresso martinis into this and a group of travelers sit down whom are no older than myself.  Jabber begins...

European: “whenever I have a recipe I have no idea. We have small cups, we have cups for coffee, we have big cups”...
American:....”it’s one standard size, it’s 12 oz"
Me: *sitting alone at the next table* snort laughing because of her cups idea and I know it’s 8oz.
Another Traveler: *chimes in*  “it’s totally different when you bake, everything is weighted”.
Me: deceased

....It sunk in to me, this was a war I could not win. This was an issue bigger than myself. The enemy had taken victory long before it could be stopped...would international baking ever really work ?  I pray to Mary Berry that it does. ....WAIT, THATS IT!!!!   Mary Berry!

Following the money; she is behind the olive oil distribution....she funded legislation to protect the separation of our measurement systems in order to retain control of key global markets and lobbies against distribution of high quality baking ingredients to the US...everything was so clear....of course..................I am drunk.  Time to go home .07 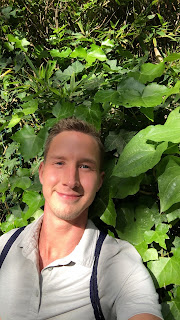 Walking back to the boat this way was awesome. I came down a path and found a handsome gentleman peeing (is this my Bond girl?), then nearly fell down some flights of stairs...it was grand.  On the way back there were an odd amount of doors I hadnt noticed the first time. So. Many. Doors. 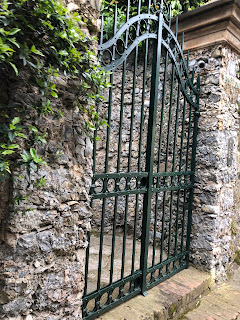 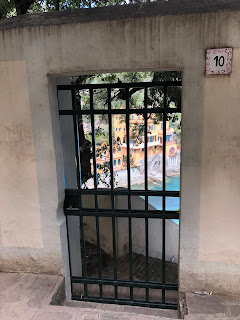 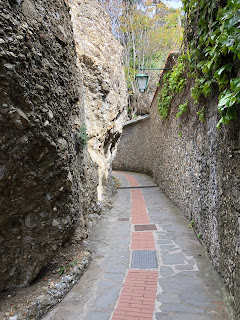 The next time you want to feel like you're in a Bond film....you know where to go. 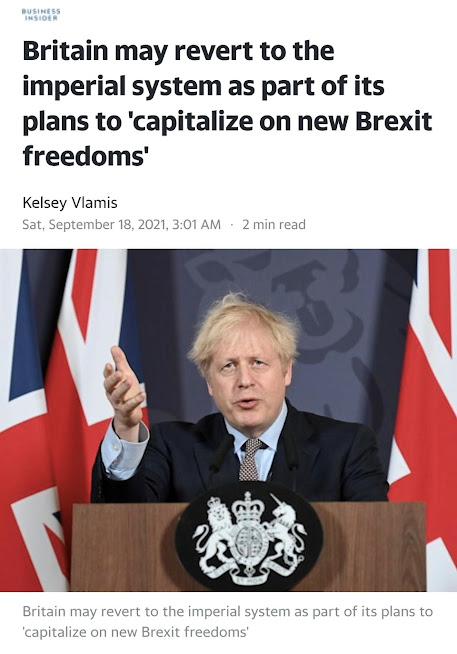