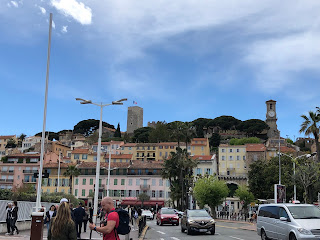 Today was Cinco De Mayo and I'm in fucking France, ugh, which meant my first stop would be for a celebratory margarita. I picked a restaurant called Le Flamenco, as they would surely have margaritas, and its perfect view for people watching at the waterfront (which looked like  Huntington Beach by the time I got up from the table). I sat there for about an hour n a half struggling to translate what Spanish dishes were in French. Only to fail pronouncing them to a waitress who speaks no English....ended up with two entree salads, my margarita and some kind of fish burger lol I felt like I was back in Morocco ordering blindly off of menus I couldn't read...

laced up my walking shoes and feelin dem margaritas,  I  was ready take in the city. First and foremost, there is more shopping than you could possibly do in a lifetime….except no Lululemon...not basic enough. Pretty parks and all of the charming things you would expect in a Mediterranean city were present, yada yada...I genuinely felt like an invader to this town....it doesn't give you the vibe that it was meant to be a tourist trap.


No set agenda for this stop meant I didn’t have anything special I was seeking out. I simply wandered around the city in all directions until I needed a nap. Public art scene on the streets is fairly unique in certain sections of the city (touristy shopping places).

I was most enthralled with a flower shop.  Colors and varieties I had never seen before were displayed in the most charming fashion. The smell was intoxicating, and if I had the ability to keep plants alive, I would have bought everything in the store.


I got my art-school-bitch vibe going with some of the pics . Eh. 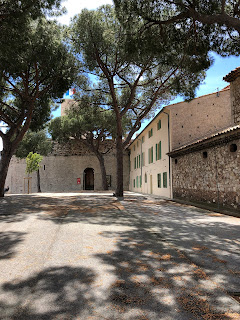 Of all of the....skkkrrrt.
TBH,  didn't see as much of this place as I could have. Kind of got wrapped up in those margaritas. Cannestop the feelin


Cannes is just super cool to chill out in. It’s pretty small, and I was coming the week before the film festival thing they do, which the locals surely dread for all of the swarms artsy movie types. I was jazzed as fuck to be missing all those crowds, since it was already pretty difficult to get around some places with the foot traffic. 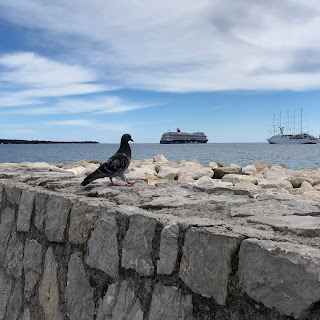