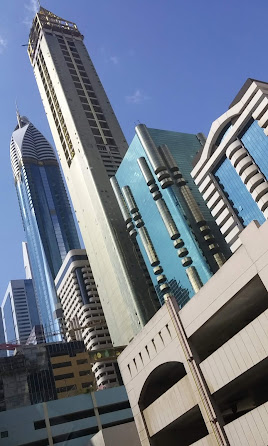 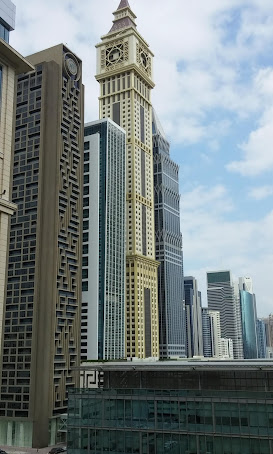 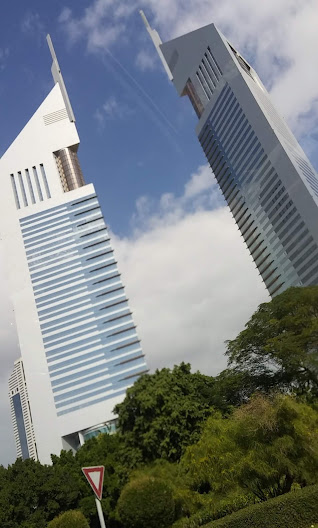 I have to start this by saying, my interest in Dubai was non-existent. I had no desire to see it, Acknowledge it, Or even say it's name correctly.
However, when your bestie who is also your mans calls you from Abu Dhabi and tells you the best brunch ever is in Dubai and to fly out for the weekend....you do it. I will do anything for brunch.
*scene*

Me: Hey, I won't be in the office Thursday-Monday.
Boss: Oh, what for?
Me: I'm going to Dubai for brunch.
Boss: *blank stare*
Me: Cool. See ya on Tuesday.

And off I was.....to my Middle Eastern brunch! Now, this was no ordinary brunch, as nothing in Dubai is ordinary. This particular brunch spot is on Palm Jumeirah at the hotel Atlantis. Aka, that big ass island they made in a shape of a Palm Tree. That said, I did not choose this hotel to stay in. Instead I was treated to two fabulous hotels - JW Marriott Marquis Hotel and the Ritz Carlton in the Financial District
FunFact: The JW holds the record of worlds tallest hotel (2016), which it did well. Good on you JW, v tall. The room was swanky and adorable. Everything from lights, curtains, and TV to room service could be done from the tablet provided - i was diggin that. 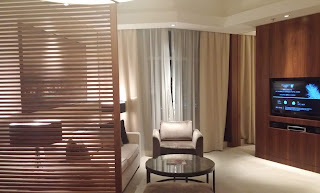 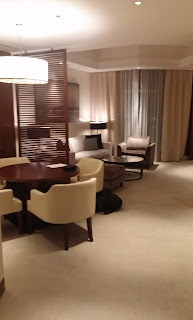 The hotel itself is pretty neat, and features a bar on the very top called Vault. Aptly named, this is legitimately a very large vault that you enter into to find a two story bar. Annnnnnd the problems begin. First of all, I have become too accustom to American customs, so this is my fault - it smelt like absolute shit in this bar. Reason being, the middle east is relaxed about smoking indoors, so you are immediately assaulted by the thick layer of smoke permeating the air. Oh, okay, I can...get passed this, I just need a drink. YIKES. Problem number two, they have NO clue how to make drinks here. period. I had to leave, and leave we did. 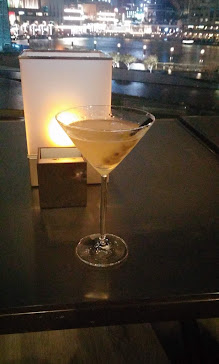 By no means do I consider myself and alcoholic, or even an avid drinker for that matter, but when I do drink, I need to enjoy it. The middle east is a place that does not drink, they have no concept of double shots, dirty martinis, or long islands. Drinking is only allowed in places attached to hotels, thanks to the law....needed to say, it doesn't make for a nice boozy get away. We headed straight for the hotel Armani, at the bottom of the Burj Khalifa...assuming the high tourist traffic of the worlds tallest building would attract some real bartender talent....WRONG.
The drink you see to the left is the 3rd attempt at my most favorite drink - Hendricks Martini, Dirty, Up, with a blue cheese stuffed olive. It was misery to choke down. Welp, thats alright, there was an awesome show to be seen in the water next to the Burj! check that vid out.  Perhaps there are other things to enjoy here besides the booze. Perhaps.

Soooooo. As it turns out, there are an absolute fuck ton of things to do in Dubai besides drink. If you are into the worlds largest everything, Dubai got your back....and the architecture is by far the most stunning aspect of this city. A nice pic dump will tell this story better than I can. 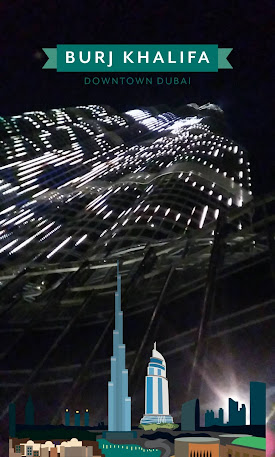 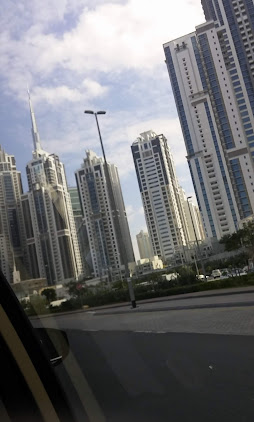 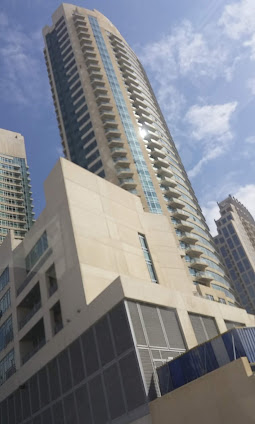 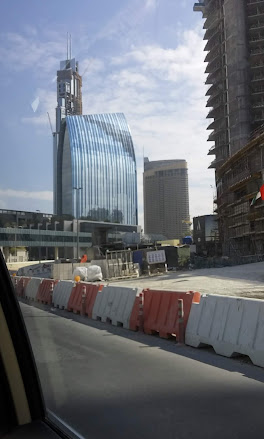 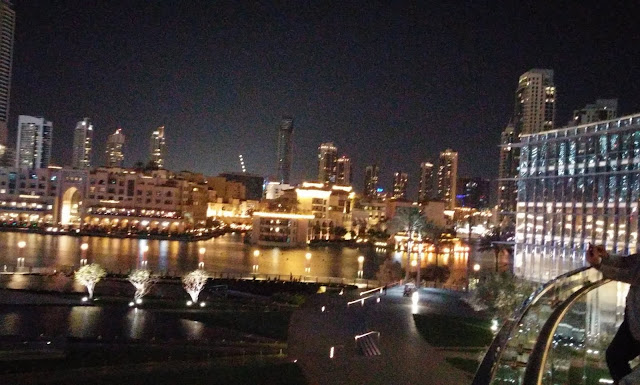 
Back up, we gotta talk brunch.

Now, the entire reason I came had finally come, brunch. We pulled up to the Atlantis after a long drive down the stem of The Palm, and I was immediately impressed. The building itself was pretty neat, and inside it got even better! The brunch was downstairs at Saffron, and features food from every place you can imagine. Each type of liquor had its own stand, its own waiter, its own menu...heaven is real. You pay about $300 a person for this brunch, allowing you UNLIMITED quantities of whatever you'd like. Seriously, unlimited, whatever you'd like...oh my gosh.The brunch motha fuckin slayyyydddd.

Okay, back to the pic dump. 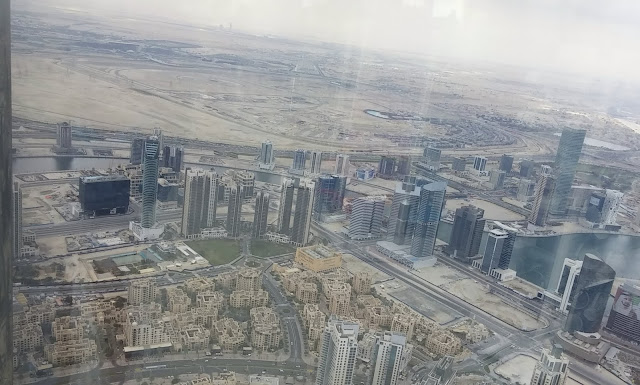 Everything and then nothing.

Getting up to the top of the Burj is a wild elevator ride. Its got nothing on a wonkavator but it does have cool lights and graphics built into the walls, plus its fast!

It was my first trip to the Middle East and I knew I'd need to see more....until next time...